Is a senior French Army Medical Reservist with distinguished service including multiple assignments in Paris, France and in the USA. A medical officer, he also holds a master’s degree in Business and a legal degree. In civilian life, he is a Senior level pharma & biotech executive with a proven track record of shaping specialty pharma companies/associates and turning around under-performing business units towards goals that deliver tangible and sustainable returns. Strong P&L general management and significant oncology experiences with early & late-stage clinical development expertise. His military career includes him currently appointed to the International Military Medical Cooperation Bureau (BCIM), Military Joint Headquarters, Paris. His relationship with CIOMR includes serving as Secretary General 2011-2020. He has also served as the French VP to CIOMR. He was recently appointed to the position of Liaison Officer for CIOMR to COMEDS and sits within the COMEDS Military Medical Training Working Group (MMT WG). 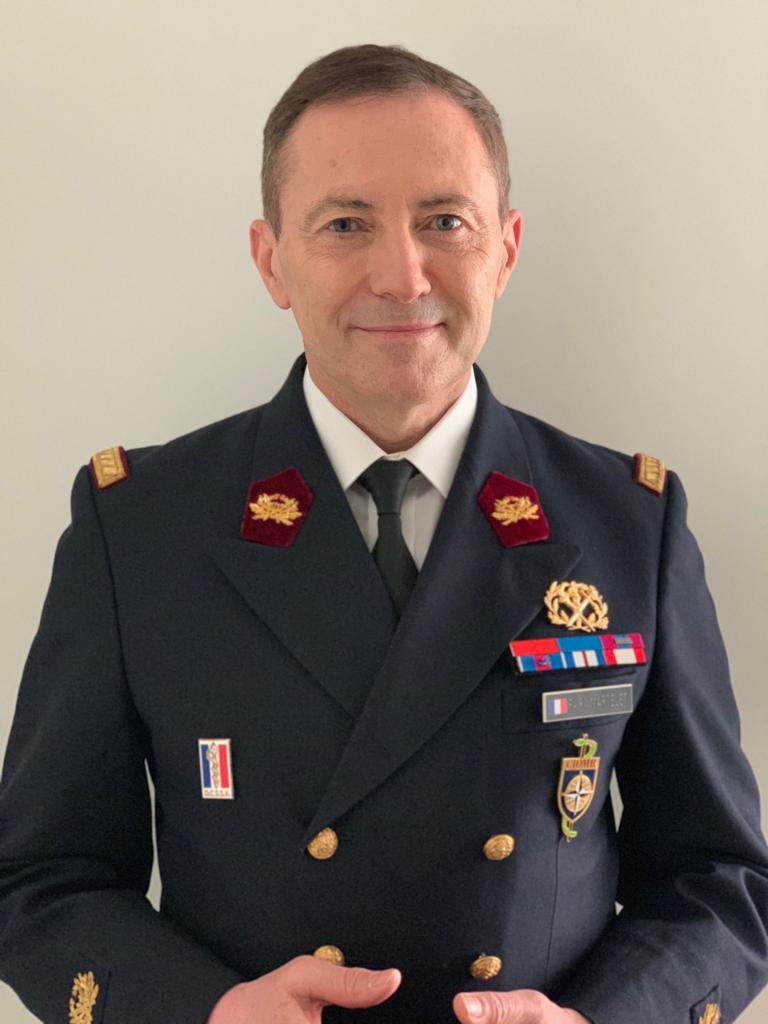 The creation of the “Martelet Cup Award”, awarded annually, serves to recognise the valuable contribution he has made to CIOMR. It was established to reward the best scientific paper presented at the annual CIOMR Summer Congress by a junior medical reserve officer (OF-3 and below). 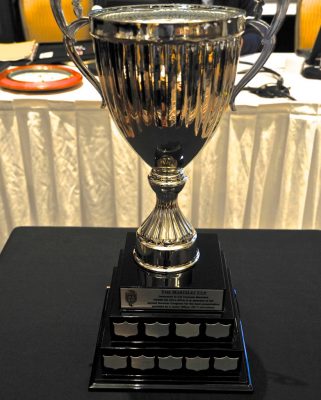 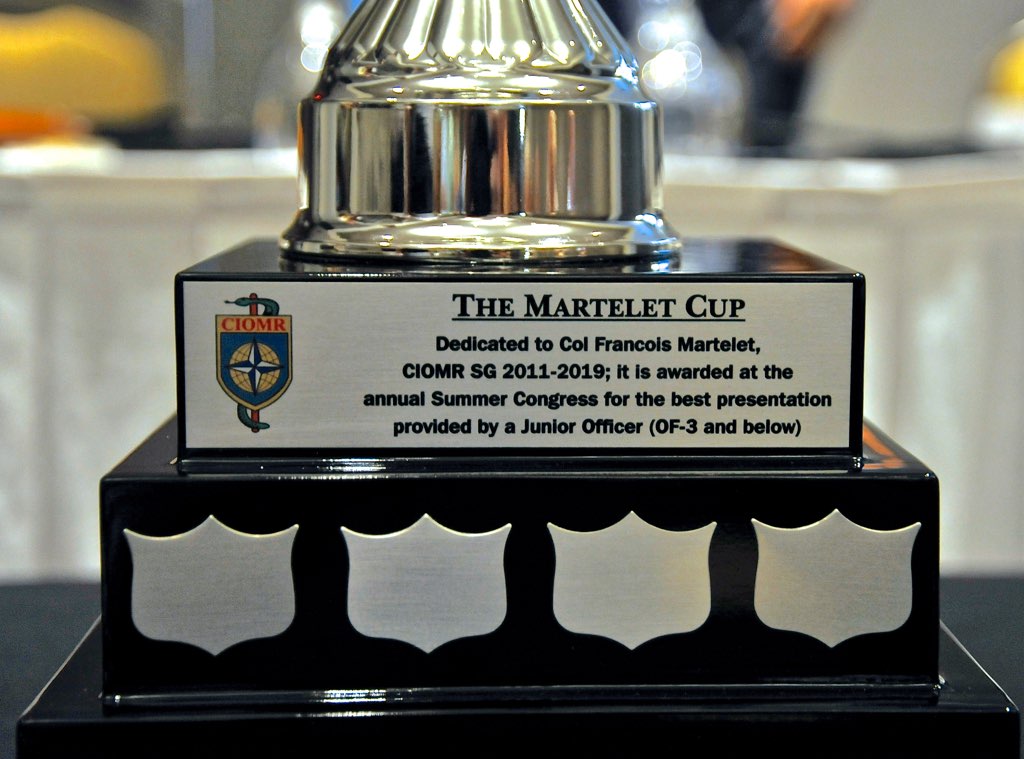 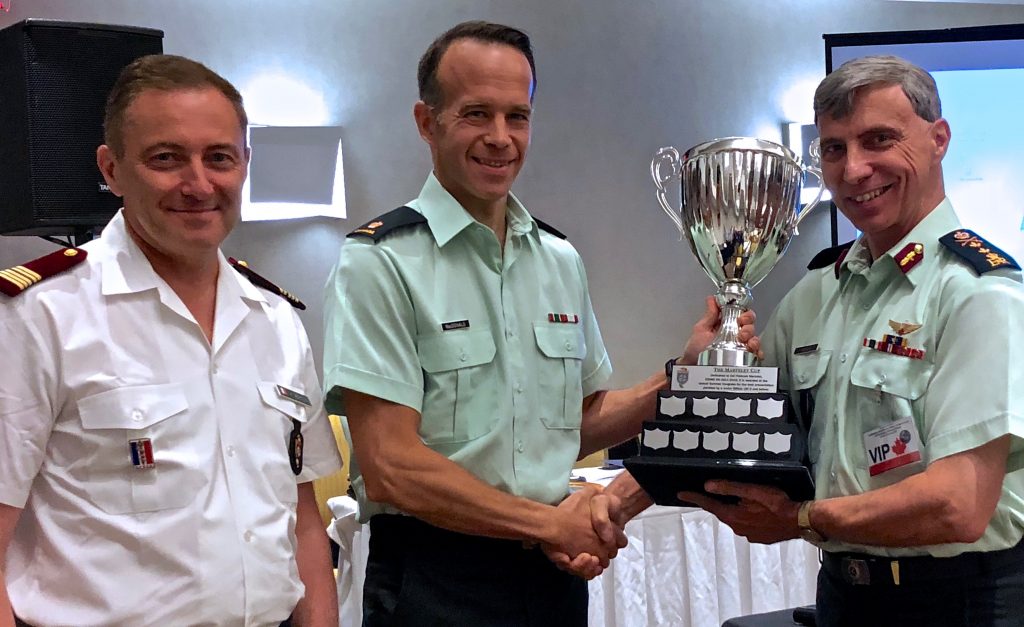 The recipient of this year’s Martelet Cup is Major Dr. Damian MacDonald, MD, from the Northern Ontario School of Medicine for his presentation entitled “Reserve Emergency, (ROTEM) and REBOA at the Canadian Role 2 in Iraq.” 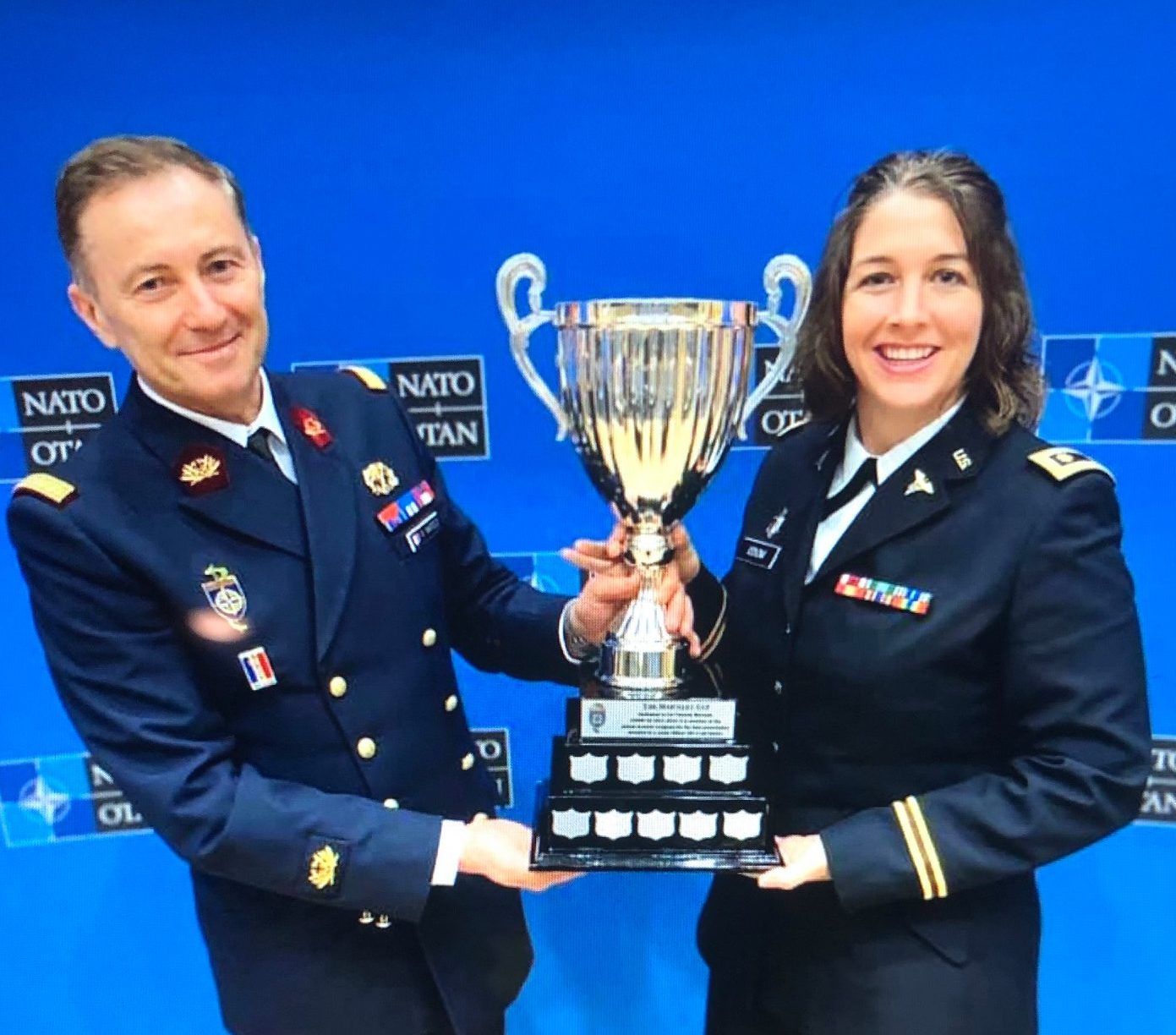 At the Interallied Confederation of Medical Reserve Officers (CIOMR) Summer Congress in Tallinn, Estonia, Major (Dr.) Katie Odom, USAR, was selected for the CIOMR Martelet Cup. Major Odom presented her research team’s findings in a report titled “Behavioral Health Management Following a Severe Burn Injury: A Pilot Study and the Way Forward for the US Army Burn Center and Indicators for Brief PTSD Management in Operation.”

Major Odom has served the US Army for eight years, seven of which were in the Active Component with her final position being a Chief in Burn Rehabilitation at the Institute of Surgical Research’s US Army Burn Center. She currently serves as an exercise and training development officer for the 3rd Medical Training Brigade, Medical Readiness and Training Command (MRTC) at Fort Sam Houston.

“We are so proud of Major Odom for her excellent work and accomplishment! But she would not have had this opportunity without the stellar world stage and challenge CIOMR offers. The high degree of cultural immersion coupled with the intense medical acumen can be found nowhere else for these rising stars!” opined Brigadier General Doumont. 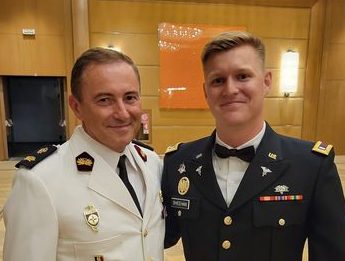 1LT Joshua Sheehan (US) was selected as winner of CIOMR’s Martelet Cup for his presentation on Medical Logistics and Resupply in a Multi-National Environment. He delivered with confidence, demonstrating a solid depth of knowledge and was able to apply analysis and application across NATO nations. The award is given for best presentation by an officer OF1-OF3, and is named in honour of Brigadier General Francois Martelet (FR) pictured below with the winner.

This website uses cookies to improve your experience while you navigate through the website. Out of these, the cookies that are categorized as necessary are stored on your browser as they are essential for the working of basic functionalities of the website. We also use third-party cookies that help us analyze and understand how you use this website. These cookies will be stored in your browser only with your consent. You also have the option to opt-out of these cookies. But opting out of some of these cookies may affect your browsing experience.
Necessary Always Enabled
Necessary cookies are absolutely essential for the website to function properly. This category only includes cookies that ensures basic functionalities and security features of the website. These cookies do not store any personal information.
Non-necessary
Any cookies that may not be particularly necessary for the website to function and is used specifically to collect user personal data via analytics, ads, other embedded contents are termed as non-necessary cookies. It is mandatory to procure user consent prior to running these cookies on your website.
SAVE & ACCEPT