The Interallied Confederation of Medical Reserve Officers (CIOMR) is an umbrella organisation, within which the national associations of multi-professional reserve medical services of the NATO member states and their affiliates are united. As an apolitical and independent organisation CIOMR strives to make a significant contribution to the medical force elements of the alliance and the further development of military multi-professional healthcare provision as well as informing security policy in their homelands with the aid of further and professional training activities. 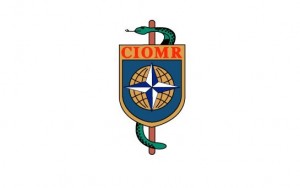 To establish close relationships with medical reserve personnel and services within the alliance. To study and discuss subjects which are of military medical importance.

To promote effective cooperation with the medical services of the active forces by providing information and feedback through its civilian medical expertise.

To participate as an actively involved observer in the plenary meeting and the Working Group on Medical Training of COMEDS, the NATO Committee of Chiefs of Medical Services.

The Governing body of CIOMR is its Executive Committee, which consists of the heads of the national delegations. Each delegation is headed by the respective national vice president.

Only one national association per country will be admitted. Each member of CIOMR may send a delegation consisting of 6 members, one of them must be a medical officer.

Application for membership should be made to the Executive Committee.

CIOMR is chartered by NATO through the same Military Committee-approved document MC 248/1 as its CIOR counterpart. CIOR and CIOMR are associated organisations. CIOMR holds its sessions at the same time and place as the CIOR summer congress and mid-winter meeting, but prepares a separate agenda for the discussion of medical matters. MC 441/1 NATO FRAMEWORK POLICY ON RESERVES (see attachment) MC 248/1: defines the relationship between the Interallied Confederation of Reserve Officers (CIOR) and the North Atlantic Treaty Organisation (NATO). Throughout this paper the abbreviation CIOR included CIOMR. (official text attached) 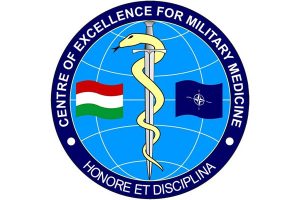 In 1995 CIOMR was given observer status in COMED’s Expert Panel on Medical Training, and from 1996 on a CIOMR representative has actively participated. COMEDS is the acronym for Committee of Chiefs of Medical Services (NATO), which strives, among other items, for combability in medical doctrine and training. To CIOMR’s delight, a formal relationship has now been established with medical officers in active service, through which reservists can contribute their civilian expertise. In 2005 CIOMR was granted observership in the COMEDS Plenary Meeting.

In October 2007 CIOMR became observer to the NATO Joint Medical Committee (JMC). Contacts are also maintained with the ACO Medical Advisor, the Medical Officer of the International Military Staff at NATO and, non-NATO, the EUMS Medical Staff Officers and the Civil-Military Liaison Officer of the WHO.

This website uses cookies to improve your experience while you navigate through the website. Out of these, the cookies that are categorized as necessary are stored on your browser as they are essential for the working of basic functionalities of the website. We also use third-party cookies that help us analyze and understand how you use this website. These cookies will be stored in your browser only with your consent. You also have the option to opt-out of these cookies. But opting out of some of these cookies may affect your browsing experience.
Necessary Always Enabled
Necessary cookies are absolutely essential for the website to function properly. This category only includes cookies that ensures basic functionalities and security features of the website. These cookies do not store any personal information.
Non-necessary
Any cookies that may not be particularly necessary for the website to function and is used specifically to collect user personal data via analytics, ads, other embedded contents are termed as non-necessary cookies. It is mandatory to procure user consent prior to running these cookies on your website.
SAVE & ACCEPT